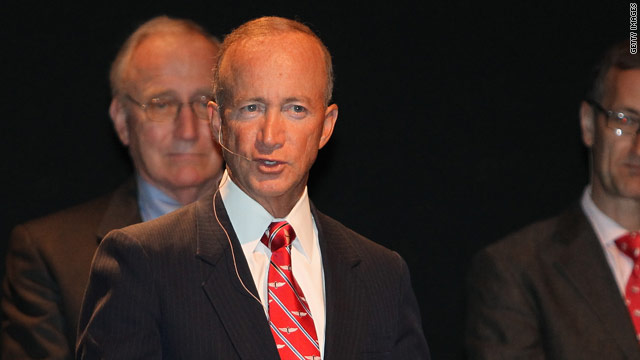 Washington (CNN) - Indiana's Republican Gov. Mitch Daniels, who is considering a possible bid for the White House in 2012, underwent outpatient surgery on his shoulder Thursday.

A statement from the governor's office said he had a successful operation to repair a torn rotator cuff in his right shoulder.

The 61-year-old Daniels underwent the procedure at Indiana Orthopedic Hospital Northwest, and he was home a few hours later.

Dr. Sandy Kunkel, the surgeon who performed the operation, said: "The surgery went just as planned. The governor is in great physical shape and his recovery should be a quick one".

A spokesman said Daniels would return to the office next week with a light schedule. He is expected to go to Cincinnati Wednesday for a speech before a Hamilton County, Ohio GOP dinner.

CNN affiliate WTHR said an MRI this week disclosed the rotator cuff problem. The station said he had experienced pain in the right shoulder since he slipped and fell taking out the trash in December 2009.