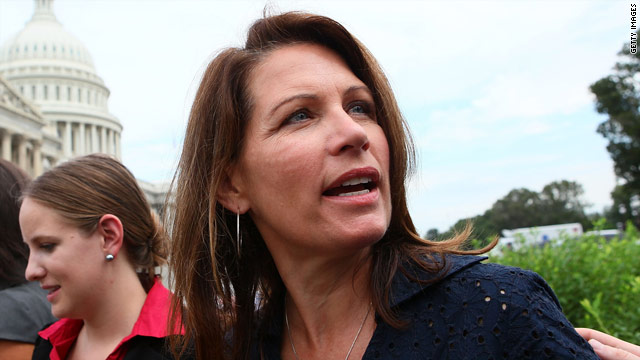 "I think it will be an inner assurance more than anything of what I am supposed to do," Bachmann said in the interview published Friday.

"We're strong people of faith. My husband and I gave our lives to the Lord when we were 16 years of age and so that's been a long time now," she continued. "We're both almost 55 years old and that has been the greatest help and source of stability for both of us to have that ability in prayer to look to the Lord for guidance and I can't say enough how important that's been to us to give us that rock of assurance on which path we should go."

Bachmann's comments came ahead of a trip Friday to South Carolina – one of the handful of early primary states that is often crucial in deciding who the party's nominee will be. She has also made trips to Iowa and will visit New Hampshire in March as she mulls a presidential bid.

"I think the voters in particular, in Iowa, New Hampshire, South Carolina, Nevada, they have a tremendous opportunity. But also, a sacred duty, if you will, because they will be choosing our next nominee and 2012 is a crucial window," Bachmann said. "Again, we have to get the policy right in 2012, or we could be looking at a vast sea of red ink. The United States of America now think of this. The greatest nation that has ever been known in the annals in history, we could become a Greece if we don't reverse course, quickly."