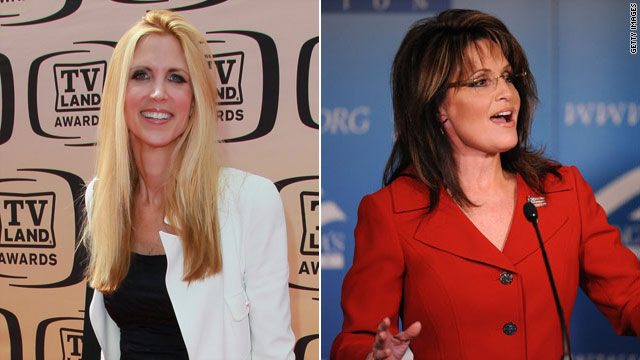 Washington (CNN) - Conservative columnist Ann Coulter has made some enemies in her years as a right-wing firebrand, but she's still jealous of Sarah Palin's ability to agitate the left.

"I especially love her for her enemies, I'm insanely jealous of that," Coulter said last night on MSNBC. "I love her for how she makes liberal heads explode."

Coulter said she thought Palin could win the Republican presidential nomination, but that the former Alaska governor shouldn't bother running.

"Christie is very articulate," Coulter said. "He has taken brave positions that no other Republican was willing to take, taking on the teachers' union. Amazingly, every once and a while a politician comes along and tells the truth, and he's one of them."

Earlier this week, Christie told an audience in Washington, D.C., that he had no intention to run for the nomination. Coulter said if Christie were to stay out of the race, she may support Mitt Romney.

"He may well be the best candidate if it's not my love Christie."