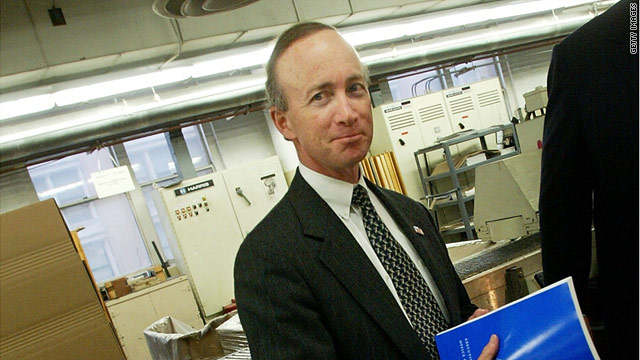 Washington (CNN) - Before he tries to convince voters to put him in the White House, Indiana Gov. Mitch Daniels has a more important audience to sell: his family.

"I think we're all sort of undecided about it," First Lady Cheri Daniels told CNN affiliate WSBT before an appearance in Elkhart, Indiana.

It's not how her husband would do that worries Mrs. Daniels; her concerns are more personal than professional.

"It's very flattering, of course, to be talked about for that position," she told the station, "but there are many, many things to consider and it affects our entire family. And it affects us for not just what might be four years or eight years, but for the remainder of our lives as well."

Mrs. Daniels spoke before the Elkhart Chamber of Commerce Women's Council luncheon. While public appearances are part of the job, she notes a national campaign would be a whole different level.

"I guess I don't know how I'd feel about a campaign of that magnitude, because I've never experienced anything like that before," she said. "And I don't think it's any secret that politics is not my forte. And even though

I've really enjoyed my experience as first lady, I still don't consider myself a politician."

Gov. Daniels has said family considerations will be a key factor in his decision, expected in the spring. He received a new wave of national media attention this week after a high profile appearance at the Conservative Political Action Conference in Washington.

Earlier this year, he told the Terre Haute Tribune Star that his wife and four grown daughters were not eager for the spotlight media attention would bring.

But should the family decide a presidential bid is a go, Mrs. Daniels told WSBT, "I think he would make a very good president. I think he, once he makes a decison to do whatever he wants to do, he's going to go at it 200 percent."

Gov. Daniels is recovering at home after undergoing outpatient shoulder surgery Thursday. He returns to work next week and will appear at a Cincinnati, Ohio, party dinner Wednesday.