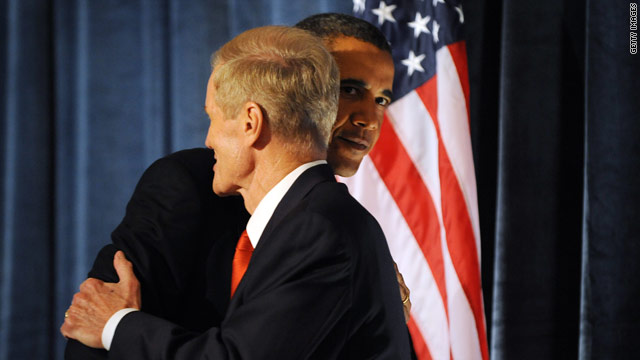 Obama to Florida for Nelson fundraiser

Washington (CNN) - President Barack Obama will travel to Florida next month to headline a fundraiser for Sen. Bill Nelson, who could face a rough road to re-election next year.

The president will attend the March 4 event along with Nelson and Sen. Patty Murray of Washington, chairwoman of the Democratic Senatorial Campaign Committee, according to a source with knowledge of the event. The dinner and reception is being held at the Miami Beach, Florida home of Judith and Michael Adler, large contributors to Democratic candidates and causes.

The source tells CNN that the money raised at the event will be split between Sen. Nelson's re-election bid and the DSCC.

The two-term Nelson is under the 50 percent mark against possible Republican challengers in five 2012 hypothetical general election matchups, according to a recent survey commissioned by Ron Sachs Communications and conducted by Mason-Dixon Polling and Research.