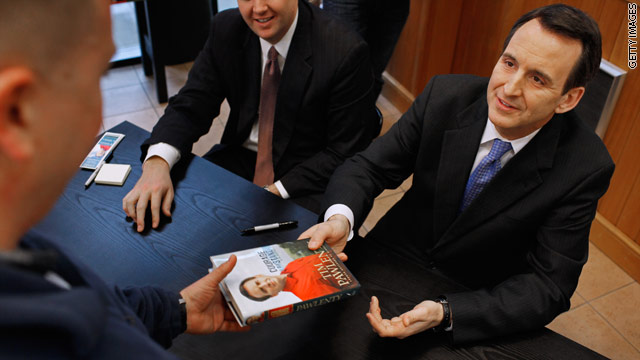 (CNN) - Tim Pawlenty will headline an inaugural policy summit being put on by one of the largest national tea party groups in the U.S.

Tea Party Patriots announced Friday morning that the former Minnesota governor and probable 2012 GOP presidential candidate will be the keynote speaker at their event, titled "American Policy Summit-Pathways to Liberty," which is being held February 25-27 in Phoenix, Arizona.

Rep. Ron Paul of Texas and businessman and radio talk-show host Herman Cain - who are also considering bids for the White House - are also speaking at the event, which organizers say will bring tea party supporters and public policy analysts together for briefings, discussions and policy debates. The summit is being held as tea party activists mark the second anniversary of their movement's birth.

"Governor Pawlenty is looking forward to sharing his lessons learned from winning tough battles with the liberals and public employees' unions in Minnesota," Pawlenty adviser and spokesman Alex Conant tells CNN. "This tea party group is a great champion for tax and spending cuts - something Governor Pawlenty feels strongly about."

Tea Party Patriots is a national grassroots coalition which says it has more than 3,000 locally organized chapters and more than 15 million supporters nationwide.

"This summit will be an important opportunity for Tea Party Patriots to come together to celebrate and recommit to the ideals and values that are responsible for the dramatic victories in the November election," says Jenny Beth Martin, national coordinator for Tea Party Patriots, in an e-mail release. "We're delighted Gov. Pawlenty, Rep. Paul and Mr. Cain understand the importance of debating and discussing these fundamental issues."