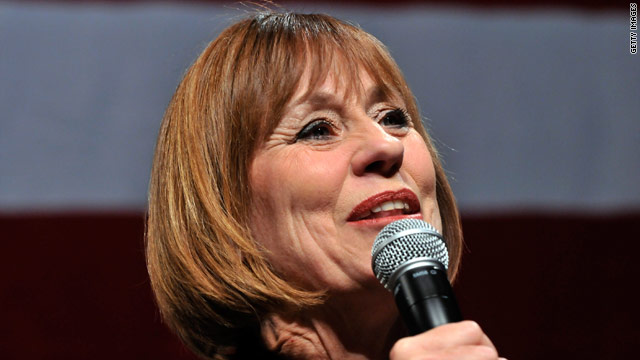 Angle's travels have taken her to three of the four early presidential caucus and primary states - Iowa, New Hampshire and South Carolina - something Angle says is by design.

"These are political states, and this is a film that makes a fairly political statement about our culture," Angle told CNN Friday by phone from South Carolina, where she was attending the film's state premiere. "That we have drifted away from those constitutional values, those Main Street, mainstream values."

Angle's appearances in those key states sparked chatter that she might be testing the waters for a presidential bid of her own in 2012. In January, she refused to rule out a run during her Iowa visit, telling a reporter, "I'm investigating all my options."

But Angle, who lost to Senate Majority Leader Harry Reid by six points last November, put that talk to rest on Friday. "Everybody thinks that I'm in the race because of this tour," Angle told CNN. "No, I'm not."

She happened to be in The Palmetto State, though, on the same day as another Republican giving the 2012 race a more serious look: Minnesota Rep. Michele Bachmann, who is meeting with GOP activists across the state on Friday and Saturday.

Angle would not say directly if she thought Bachmann would be a credible contender for the Republican nomination, but she said that anyone who professes to want to lead the country should be given a fair shot.