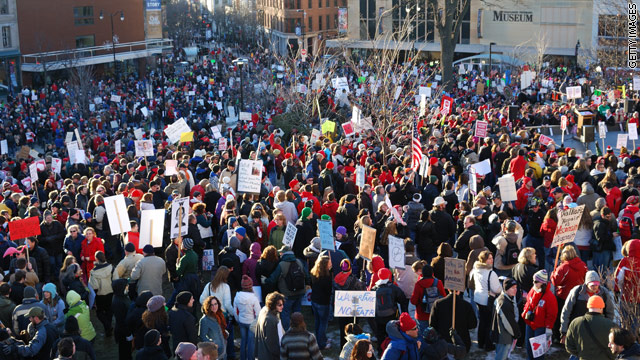 As tens of thousands of people marched in favor or against the bill, Republican Gov. Scott Walker indicated he has the votes to pass it.