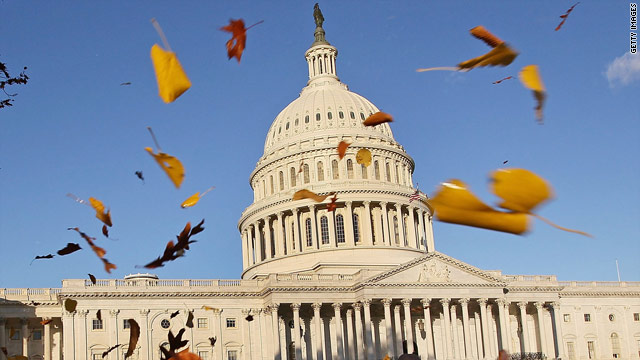 Washington (CNN) – No doubt, members of Congress are especially happy on this Presidents Day, as they sleep off the political hangover from last week’s relentless, lengthy and refreshingly specific budget debate in the House.  But many American brains may still be hurting. This week, American Sauce boils down the dueling budget debates (House Republicans vs. President Obama) in clear terms.

And, more true to the holiday, we present profiles of three of the least-known, but more interesting, U.S. presidents.

After many nominations and much discussion on Twitter, the final three are: 1. Chester Arthur 2. James Polk and 3. Grover Cleveland.  We explain why they stand out in the podcast, with help from the students of Two Rivers Charter School in Washington DC.

–Summary: House Republicans passed a spending bill early Saturday morning to cut some $61 billion in spending for the rest of the current year.  That would cut this year’s deficit about 4 percent. (See math below.)

–Effect on Agencies: Ranges, from 0 percent to 22 percent cuts in general.

–When?: Cuts would happen this year, immediately upon enactment.

–So, total length of cuts: seven months or less.

–Effect on the deficit: It would cut the deficit this year by about 4%.

–The math on that: The Congressional Budget Office last estimated the deficit for 2011 would be $1.48 Trillion.  The Office of Management and Budget has since estimated that it will be $1.645 Trillion.  $61 Billion is about 4 percent of either figure (4.1 percent of CBO, 3.8 percent of OMB).

–Does this address entitlements?: No. This is a short-term spending measure only.

–Look at the vote yourself here.

–So what now?: The current spending bill expires Friday, March 4th.  But President Obama and Senate Democrats have repeatedly said they oppose any spending cuts this fiscal year, and therefore oppose the Republican spending plan.  Thus, either the House or Senate must compromise – on a short-term extension of current funding or a bill with some cuts – or we will have a government shutdown. Hence all the big voice, dramatic “GOVERNMENT SHUTDOWN!” talk out of Washington over the weekend.  For the moment, most Capitol Hill reporters I know are betting, strongly, on a short-term extension this go around.  Thought the threat of a shutdown could remain for much of the year.

–Summary: President Obama unveiled his proposed budget for next year, fiscal 2012, and his vision for the government’s checkbook over the next decade. This plan would reduce the deficit $1.1 Trillion over ten years, by cutting spending and raising some taxes. It would cut down, but would not entirely erase, the deficit.

–Effect on the deficit: The president’s budget would cut deficits by $1.1 Trillion over ten years.

–What’s that mean?: The president’s plan would bring the budget into what’s called “primary balance”. That means U.S. revenues would cover all spending except for payments on the national debt. (Which are hefty.) Thus, this proposal gets closer to plugging the leaks in the federal budget, but ultimately does not close the gap entirely.  The U.S. would still run a deficit and add to the national debt, but at a smaller rate than under current policy.

–Does this address entitlements?: Not significantly. The president has said that must be dealt with in a back-and-forth with Republicans.

–Read the president’s budget proposal: click here for the White House link, or click here and scroll down for the government printing office version.

–Length: 2500+ pages with all documents, including the appendix.

–So what now: At the moment, the White House and Congress are focused on this year’s government spending bill which expires on March 4.  The next move in the fight over next year’s budget will come from House Republicans, who have said they will present their long-term budget proposal in coming weeks.  The debate over 2012 spending could go well into the fall.