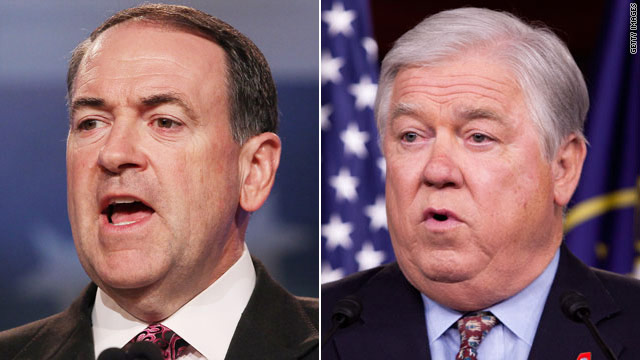 Washington (CNN) - Mike Huckabee on Monday defended Mississippi Gov. Haley Barbour from recent criticism that he has been insensitive to issues of race and civil rights.

The former Arkansas governor said Barbour, another southerner who is strongly considering a 2012 presidential bid, is "a person of impeccable integrity when it comes to issues of race."

"I'm not going to criticize Haley," said Huckabee, who called Barbour a friend and labeled him "the smartest political mind in America today" and "a sheer genius of political strategy."

Huckabee made the comments on a conference call with reporters to promote his new book, "A Simple Government."

Barbour last week refused to condemn the Mississippi chapter of the Sons of Confederate Veterans after the group proposed a state-sponsored license plate honoring Confederate General Nathan Bedford Forrest, who became an early leader of the Ku Klux Klan.

And in December, Barbour came under fire after he gave an interview to The Weekly Standard featuring a fond remembrance of the pro-segregation Citizens Council in his hometown of Yazoo City.

"I don't think it's fair to read too much into what Haley said," Huckabee added. "I would never be critical of Haley and would not second guess his experiences."