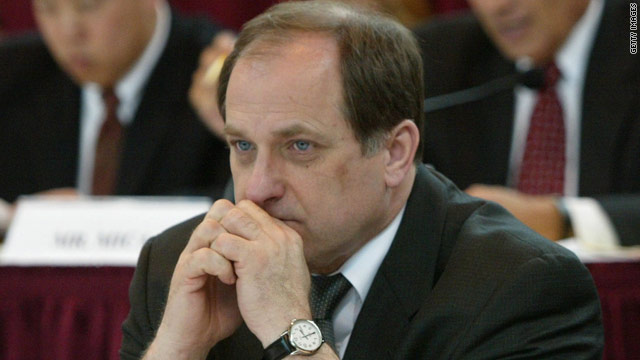 Washington (CNN)-Democratic Massachusetts Rep. Michael Capuano, who came under fire for heated comments he made at a union rally earlier this week, apologized for his remarks Thursday.

"I strongly believe in standing up for worker rights and my passion for preserving those rights may have gotten the best of me yesterday in an unscripted speech," he said in a statement. "I wish I had used different language to express my passion and I regret my choice of words."

Capuano spoke at a rally outside the statehouse in Boston Tuesday in support of Wisconsin state workers. He encouraged union members to challenge a proposal that would limit collective bargaining rights stating, "Every once in a while you've got to get out in the streets and get a little bloody when necessary. This fight is worth it."

The seven-term congressman was one of many who called for toned-down rhetoric after the shooting of Arizona Rep. Gabrielle Giffords last month. But he seemed to recant that sentiment in early February, telling a local newspaper that he thought politicians had become too bland.

"Politicians, I think are too bland today. I don't know what they believe in," he told the Somerville Journal. "Nothing wrong with throwing a coffee cup at someone if you're doing it for human rights."

Capuano is mulling over a bid to take on popular Republican Sen. Scott Brown in 2012 and has said he will decide by this summer.