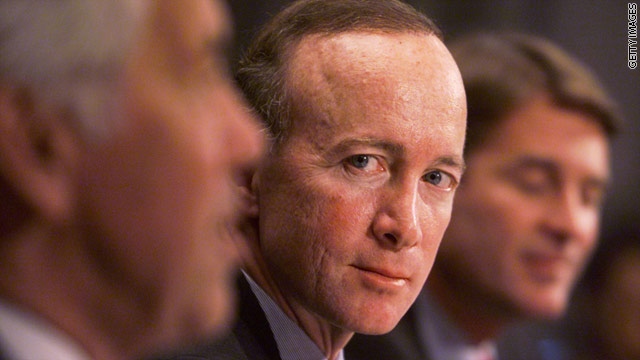 Daniels talks past drug use, arrest

But the potential Republican presidential candidate said he learned a valuable lesson when, while a student at Princeton University in 1970, he was arrested and convicted for possession of marijuana – a crime that carried a $350 fine.

"I don't make excuses for anything. Justice was served," Daniels told the Daily Princetonian in an interview published Thursday. "I had used marijuana and I was fined for that, and that was appropriate."

According to the Daily Princetonian, Daniels was arrested after police officers discovered enough marijuana to fill two large shoe boxes in the dorm room he shared with two other individuals. Officers also found LSD and prescription drugs in the room.

"I had used marijuana and I was fined for that, and that was appropriate," Daniels also said, adding he fell victim to the cultural influences at the time.

"We were sort of swept up in the net … I was fined for the accurate offense and I've learned from it," he said.

Daniels also told the paper his college career as a whole marked an evolution in his political and moral views.

"I had an uncertain mooring back then. I don't think that is all that unusual at a time like that," he said. "Eventually I came to whatever is a principled and consistent view of the world. … Of course, college is supposed to force you to have to look at different views."

At one time, an admission of drug use was an almost-certain death knell for a national politician. In 1992, much was made of then-candidate Bill Clinton's reluctant admission that, while a graduate student in England, "I experimented with marijuana a time or two, and I didn't like it. And, didn't inhale."

But the issue appeared essentially moot in 2008, when many presidential candidates admitted to marijuana use – especially then-Sen. Barack Obama who detailed his relationship with that and other drugs in the book "Dreams From My Father."

In fact, at a campaign stop in 2007, Obama even mocked Clinton's cautious words 15 years earlier:

"I never understood that line," he said. "The point was to inhale. That was the point."