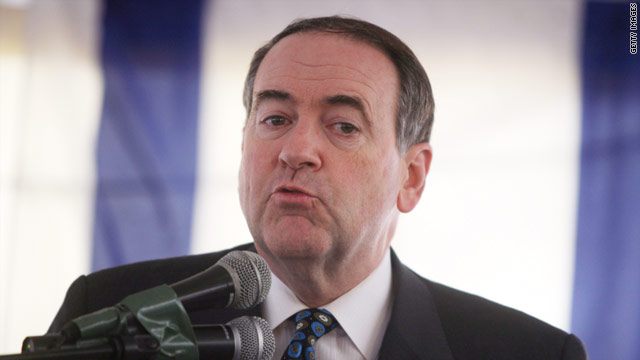 "I don't think I've ever bumped into Sarah Palin ever at Fox," Huckabee said in an interview Thursday with CNN Chief National Correspondent John King.

Huckabee was responding to a question from King about the number of potential candidates who also have contracts as contributors at Fox. Former Pennsylvania Senator Rick Santorum and former House Speaker Newt Gingrich also appear on the cable channel.

In his answer, Huckabee tried to defend the set-up, which some have criticized as compromising Fox's ability to objectively cover the 2012 race.

"The one thing about Fox that people miss is that there really is this big wall between the news guys and the program guys," Huckabee said. "I mean I'm on the program side, I don't pretend to be objective. I'm not. But I would say our news guys, they're objective."