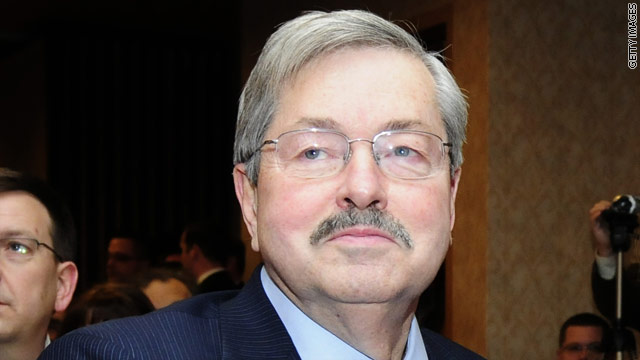 "We will move up," Iowa Governor Terry Branstad, a Republican, told CNN on Saturday at the National Governors Association winter meeting. "We did it last time. We will do it again. We will be first and New Hampshire will be after us. We will work them on whatever we have to do."

Florida's primary is currently scheduled for January 31, 2012, tentatively placing it ahead of Iowa, New Hampshire, Nevada and South Carolina - the four states given coveted February leadoff spots in the nominating process that was approved last year by the Democratic and Republican national committees.

But Florida Republicans, who control both chambers of the legislature and the governor's mansion, want their state to play a pivotal role in choosing the next GOP presidential nominee and are resisting calls to move their primary to a later date. That could compel the first four states to schedule their contests earlier in January to protect their cherished leadoff status.

Branstad stopped short of asking Florida to move its primary to a later date.

"I am just saying we will do what we need to do," he said. "Far be it for me to tell Florida what to do. But we are committed to being the first contest in the country. We have moved it before and we will do it again."