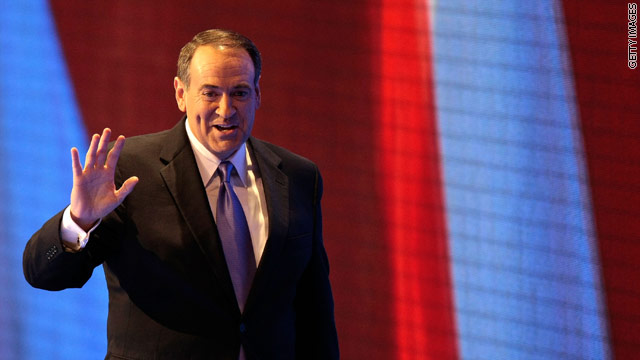 "I don't think it disqualifies him," Huckabee said on "FOX News Sunday". "I think the purpose of states are always to be laboratories of government."

In his new book, Huckabee criticized the health care plan Romney implemented while governor of Massachusetts. There are similarities between Romney's plan and the current health care law signed by President Barack Obama, including the individual mandate that requires all residents, with some exceptions, to have health insurance or pay a tax penalty.

"I don't have a problem with a governor in any state taking a risk, trying something bold," Huckabee added. "But if it doesn't work, for heaven's sakes, let's not put it in all 50 states."

Huckabee repeated criticism from his book of Romney's plan as a form of socialized medicine, saying "that's what it is when the government runs the program."

But Huckabee, also a potential Republican presidential candidate, was careful in his personal critique of Romney. Asked if he was violating President Ronald Reagan's "11th commandment" to never criticize a fellow Republican, Huckabee said that "policy differences are legitimate."

"If we start attacking each other on integrity and character, I think that's a problem, which I haven't done," he said.