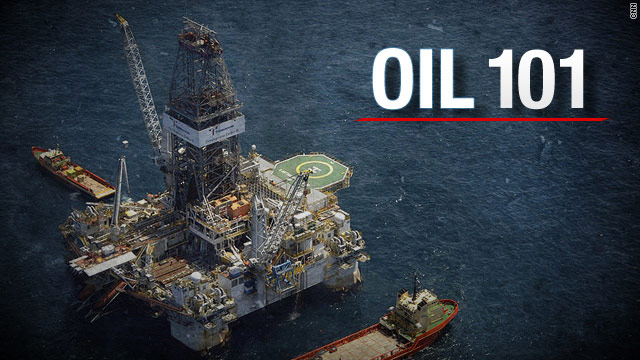 Capitol Hill (CNN) - What precisely does the high-blood pressure in the oil markets mean for the U.S.? And, uh, where is the U.S. with dependence on foreign oil exactly?

This week's American Sauce gives you a 101 on American oil dependence. (And so as to not be too depressing, we also have a segment on some good news – how violent crime is dropping.) We give you three media forms to choose from:

Watch this video report to dip your toe in and get a general idea.

Or if you have just a few minutes more, listen to the podcast here, for a more full understanding.

And, of course, keep reading, for some bullet points.

The bigger problem is demand.

– The U.S. is a huge oil producer, in fact it is the third largest oil producer in the world.
– Only Russia and Saudi Arabia pump more oil out of the ground.
– Supply: The U.S. is on track to produce 8-9 million barrels of oil a day in 2011. (Sources: EIA, IEA)

– Dependence: The U.S., despite its relatively large oil production, must import 51% – 60% of its needs from other countries.

Where does the US get its imported oil?

Is the U.S. on track to become more or less dependent on imported oil?

– For the next few decades, the answer is actually less. The Energy Information Administration (part of the US Dept. of Energy) believes the U.S. will need to import 45% of its petroleum in 2035.

– That decrease is attributed mostly to an expected rise in biofuels, like ethanol.

– Many experts point out that by 2035 oil prices could be significantly higher.

– This, as the world depletes the most easy-to-reach oil reserves and may need to use much more energy (and more funds) to reach remaining sources.

– And as supply may become harder to manage, world oil demand is expected to keep rising. Countries which now export oil may begin to export less and keep more supply for their own use.

What do you folks think? Anything we left out? Leave a comment.

What more information? Listen to our podcast, where I give my report alongside an oil expert and former CIA analyst. Listen here.