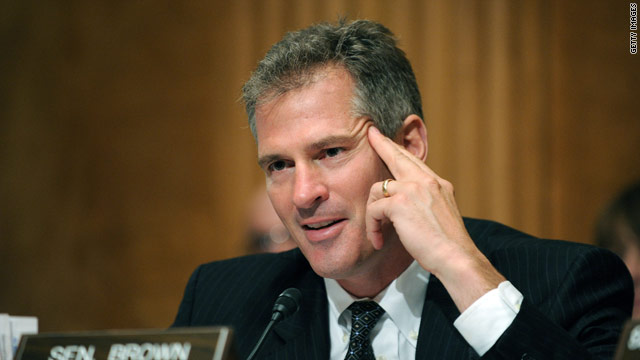 Brown: 'Everything's on the table' to keep government running

(CNN) - As members of Congress return to Washington Monday to make a last-minute effort to keep the federal government running, one Republican senator says all options are being considered to stave off a government shutdown.

"In the Senate, everything's on the table," Sen. Scott Brown, R-Massachusetts, said this morning on CNN's American Morning. "Not only me, but my colleagues, we're ready to sit down and hammer it out so we can keep the country funded and tackle the other issues we have."

Brown said the current budget situation is providing an opening for politicians to confront the country's fiscal shortfalls.

"What we are seeing is that this is the perfect opportunity to tackle the very real fiscal and financial problems we're having in this country," Brown said.

He continued, "We need to make serious efforts to get our fiscal house in order, and I'm encouraging everybody to get the two-week extension and save the American people money."

Speaking on the morning show, Brown also spoke about his experience with sexual abuse as a child. Brown details the abuse in his new memoir, "Against All Odds."

Brown said he hoped his book would help other families have important discussions about abuse.

"I wanted to have a good book, a book that didn't end up in the dollar bins, but would help people open up the doors so they could take circumstances that happened in their lives and talk about it," he said.