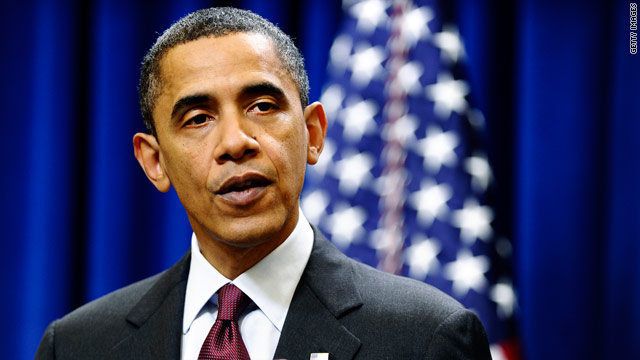 Washington (CNN) - At a closed-door session with governors of both parties Monday, President Obama did little to win over an emboldened group of Republicans who want to block much of his agenda and are seeking greater flexibility in how federal programs are run at the state level.

In public remarks before the White House summit, Obama even granted a major concession in the debate over his health care law by embracing a bipartisan proposal that would allow states to apply for "innovation waivers" beginning in 2014, three years earlier than originally scheduled in the health care reform bill.

Under the terms of the waivers, states would be exempt from a number of requirements in the law if they come up with their own way to adequately expand coverage without increasing the deficit.

"Let's see what the concessions are before we go too far. It wouldn't be fair to me or them to comment on something I haven't read when it is so critical what's in the details," Mississippi Gov. Haley Barbour told reporters during the final day of the National Governors Association winter meeting. "The president was encouraging. The difference between what gets said and what gets done has to be resolved."

Kansas Gov. Sam Brownback said most GOP governors had fundamental philosophical objections to the health care law that will be difficult to overcome, no matter what compromises the White House puts forward.

"This offers a little bit of flexibility, which I think is a positive thing, but it doesn't change the overall objection to the bill," Brownback said of the waiver proposal.

Chris Christie of New Jersey said the waivers would arrive too late for governors grappling with deep budget holes.

"There is a lot of fine print there and, candidly, I might not even be governor in 2014," said Christie, who is up for re-election in 2013. "So the fact that he is offering flexibility in by 2014 is really of no moment to governors who need to balance their budgets this year."

In Monday's meeting, South Carolina Gov. Nikki Haley even went so far as to ask President Obama to expedite the appeal of a multi-state lawsuit questioning the constitutionality of the health care bill.

Not surprisingly, President Obama declined the request, according to a Republican familiar with the exchange.

Maryland Gov. Martin O'Malley, the chairman of the Democratic Governors Association, defended the president against criticism from, in his words, "Tea Partying Republican governors."

"What I find almost comical is how they stand up and self righteously say, 'Unlike some, we have to balance our budgets every year,'" O'Malley said, who noted that many Republicans balanced their budgets last year with the help of federal stimulus money. "The states have only been able to balance their budgets because of the help that came from the federal government."

Also sparking talk among Republicans at the NGA meeting: the President's assertion that public workers are being "denigrated or vilified" in places like Wisconsin, Ohio and New Jersey, where Republican governors are seeking major concessions from public employee unions.

Christie, who has clashed with teachers unions in his state over pensions and wages, fired back at the president.

"The president is playing politics," Christie said. "He is already getting ready for re-election. That's fine. He has got to play to that base I remember during the campaign, he said that he would get his sneakers on and walk with union people. I haven't seen him to do that yet. So maybe that was the walk you saw today."