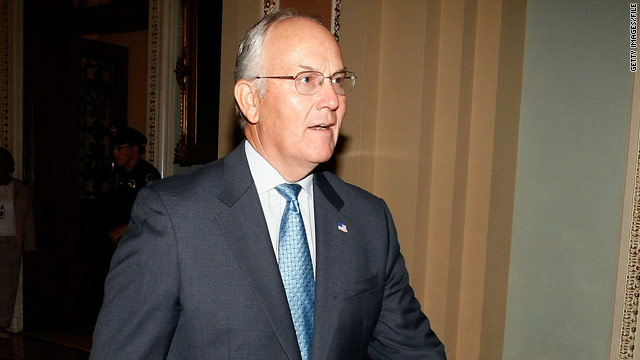 I sat down in the subway that runs beneath the Capitol, and across from me was none other than former Senator Larry Craig.

The Idaho Republican greeted me with a smile and told me that he was now back "making the rounds" to see his former Senate colleagues for his clients.

Craig is now a lobbyist – and Senate rules prohibit former senators from lobbying any lawmaker or aide for two years.

It's hard to believe – but it has now been more than two years since Craig retired from the Senate following his infamous 2007 alleged foot tapping scandal in a men's bathroom at the Minneapolis airport. He was arrested in a sex sting – accused of using a signal "used by persons wishing to engage in lewd conduct." Craig pleaded guilty, but later said he regretted doing that.

As we took the short subway ride from the Capitol to the Russell Senate office building, a cheerful Craig told me he still spends most of his time in his home state of Idaho with his children and grandchildren. He then said goodbye, and was off to his next appointment.