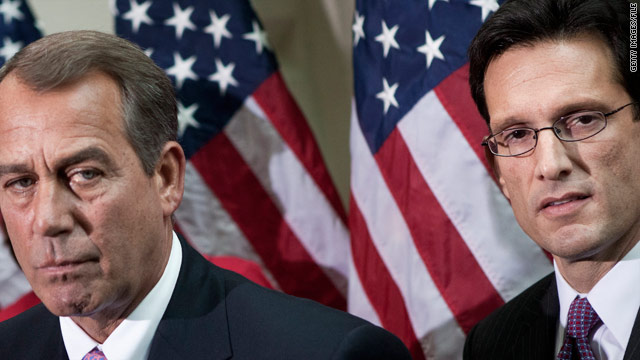 Washington (CNN) - House Republican leaders say they will decide by the end of the week how to proceed in defending the 1996 Defense of Marriage Act, which bars federal recognition of same-sex marriage.

Both House Speaker John Boehner and House Majority Leader Eric Cantor expressed disappointment that the Obama administration decided to stop defending the law in court and said House Republicans are weighing their options.

"I'd be very surprised if the House didn't decide that they were going to defend law," Boehner told the Christian Broadcast Network.

Attorney General Eric Holder announced in a letter to members of Congress last week that the administration was reversing course and directing the Justice Department to no longer defend the law as they had during the president's first two years in office. Holder said they now believe a key part of the law, signed by then-President Bill Clinton, is unconstitutional.

Cantor told reporters that the president's position is that "he is not defending the law of the land is something very troubling I think to most members of the House."

There are two cases relating to the Defense of Marriage Act pending in the U.S. Court of Appeals for the Second Circuit. There is a March 11 deadline for Congress to notify the court if it intends to act in the cases.