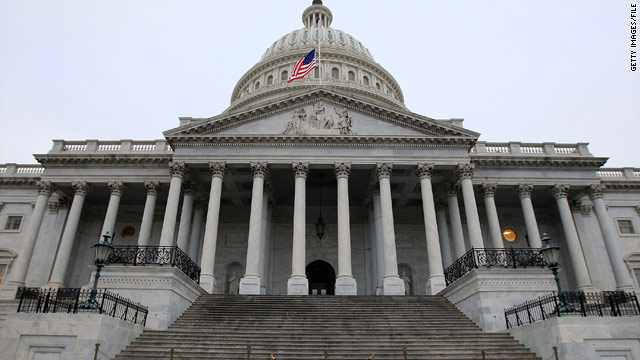 (CNN) - Three key Republican senators said Monday they oppose a proposal by Sen. Joe Lieberman, I-Connecticut, to arm rebels in Libya fighting Moammar Gadhafi. They had mixed thoughts on whether the United States should be involved in imposing a no-fly zone in that country to protect protestors from attacks by Libyan war planes.

“I would not suggest either of those courses for the moment,” said Sen. Richard Lugar of Indiana, the top Republican on the Foreign Relations Committee who indicated U.S. involvement could lead to war.

“Depending upon the method of delivery and what we decide to do we could decide to have a war in Libya to join the war in Afghanistan and Iraq.”

Sen. Susan Collins, R-Maine, a member of the Armed Services Committee, said she would be “leery” of providing arms at this point but said she supports a no-fly zone.

“I do believe our allies may be able to join together with us to enforce a no-fly zone over Libya to help protect the people from Gadhafi,” she said. “Any actions that we take I believe should be in concert with our allies.”

Sen. Lindsay Graham, R-South Carolina, who is also on the Armed Services Committee, credited the diplomatic efforts underway by Secretary of State Hillary Clinton and suggested the U.S. work with the United Nations to stiffen and enforce sanctions against Libya.

“Providing arms, I’m not sure that helps us,” Graham said. “I don’t know if you could control right now who would get the arms.”

“What I would suggest is that we really keep implementing U.N. sanctions on the economic side, on the travel side, go after assets,” Graham added. “And a no fly zone would make a lot of sense to me.”

The three senators spoke in a Capitol hallway after a vote on the Senate floor.

Lieberman traveled to Egypt with McCain, and they appeared together on CNN Sunday. McCain supported the idea of a no-fly zone but did not say if he supports providing arms to Libyans fighting Gadhafi.