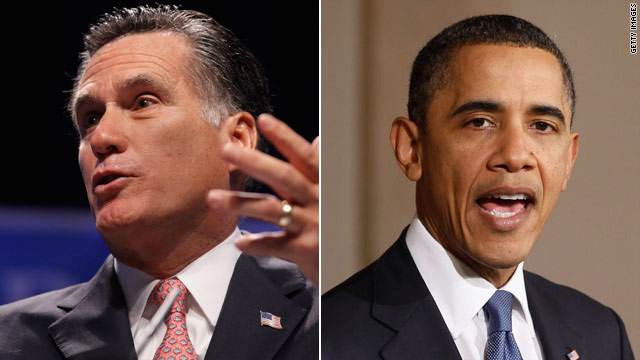 "I know that many of you have asked for flexibility for your states under this law," Obama said during a speech to a governors meeting at the White House. "In fact, I agree with Mitt Romney, who recently said he's proud of what he accomplished on health care by giving states the power to determine their own health care solutions. He's right."

The universal health care plan administered under Romney's reign is among the former governor's biggest vulnerabilities as he weighs a second presidential bid. Critics maintain it will be difficult for Romney to attack the president on the health care law deeply opposed by most conservatives when he himself instituted a similar plan.

But Romney has defended the Massachusetts law, saying it was meant to be a solution for his state only.

"We addressed a problem in Massachusetts that was designed to solve problems for the people of Massachusetts," he said recently. "But it is wrong and unconstitutional to take what is designed for one state and say we are going to apply that in every state."

Still, the president and his surrogates aren't passing up the opportunity to tie Romney – considered among the early frontrunners for the GOP nomination – to the issue that has proven so unpalatable among Republicans.

In addition to Obama's comments Monday, current Massachusetts Gov. Deval Patrick, a longtime Obama supporter, told ABC Sunday that "One of the best things [Romney] did was to be the coauthor of our health care reform, which has been a model for national health care reform."

And earlier this month former top Obama advisor David Axelrod said of Romney, "We got some good ideas from him."