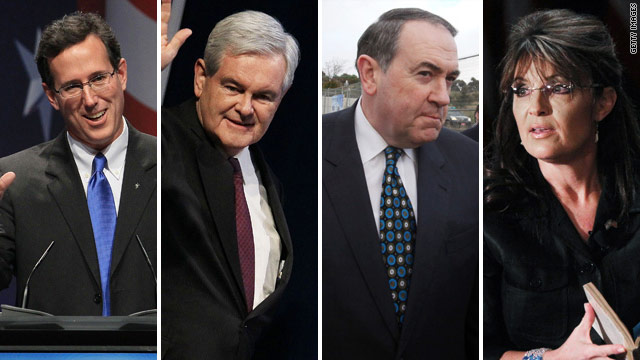 Gingrich has acted as a contributor on Fox since 1999, while Santorum joined the network in 2007. Palin began contributing to Fox in 2010, and Huckabee has been on the air since 2008.

All four would be likely be required to step down at Fox if they ran for the presidential nomination pursuant to Federal Election Commission regulations, which would mean giving up salaries (some of which may top the $1 million-dollar mark) and an established platform to reach a large audience of Americans.

For some of the candidates, like Huckabee, the Fox salary constitutes a large bulk of their income. Others, like Sarah Palin, rely additionally on paid speaking appearances.

"I've got to tell you, Fox is more supportive of Republican candidates than the Republican National Committee," Belcher said. "They're bankrolling this."

Earlier this month, Huckabee defended the Fox News arrangement in an interview with CNN.

"The one thing about Fox that people miss is that there really is this big wall between the news guys and the program guys," Huckabee told King. "I mean I'm on the program side, I don't pretend to be objective. I'm not. But I would say our news guys, they're objective."