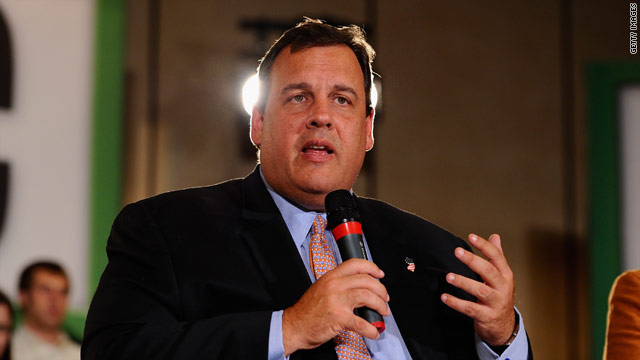 Chris Christie: 'I already know I could win'

Washington (CNN) – New Jersey Gov. Chris Christie has repeatedly and dramatically said that he will not be seeking the GOP nomination for the 2012 presidential election, but said last week that if he were to run, he's confident he would win.

"I already know I could win. That's not the issue. The issue is not me sitting here and saying, 'Geez, it might be too hard. I don't think I can win.' I see the opportunity both at the primary level and at the general election level," Christie said during an interview with the National Review last week.

Despite much speculation and widespread popularity in the Republican Party, Christie has said that he doesn't feel personally ready to run for president, a key factor he believes would cause great detriment not only to himself, but to his party and the wellbeing of the country.

"I think when you have people who make the decision just based upon seeing the opportunity, you have a much greater likelihood that you're going to have a president who is not ready," Christie said.

As a first-term governor and relatively new player on the national political scene, Christie mused that he continues to observe his own improvement and that he is happy in his current role.

"There has never been a day where I've felt like I'm over my head, I don't know what to do, I'm lost. I don't know whether I'd feel the same way if I walked into the Oval Office a year and a half from now," Christie said.