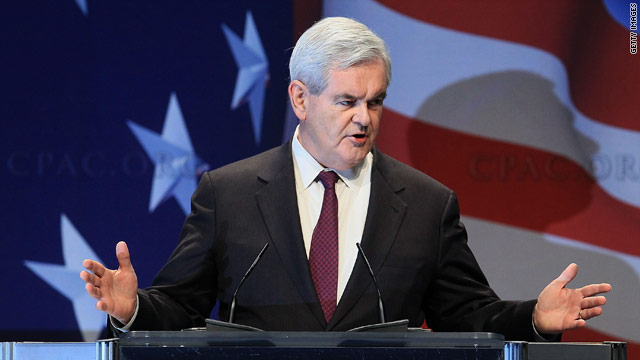 Gingrich to meet with Georgia governor on Thursday

Washington (CNN) - On the same day Newt Gingrich is expected to announce that he is officially exploring a White House bid, the former House Speaker will meet with Georgia Gov. Nathan Deal at the state capitol building in Atlanta.

The Thursday afternoon meeting will be "strictly policy related," a spokeswoman for Deal told CNN.

According to a release from Deal's office forwarded to reporters by a Gingrich political adviser, the meeting will focus on "the importance of the 10th Amendment and identify overbearing federal regulations that cost Georgia money, especially health care costs, and minimize its ability to create jobs."

After the sit-down, Gingrich and Deal will take questions from reporters, at which time Gingrich is likely to discuss his presidential ambitions.

Gingrich, who represented an Atlanta-area district in Congress for two decades, campaigned for Deal in a contentious Republican gubernatorial primary last year. Deal has said he will support Gingrich if he runs for president.