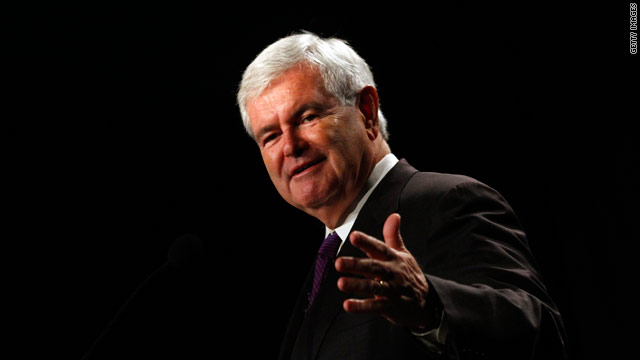 Washington (CNN) – Now that Newt Gingrich has formed a presidential committee, should he still be employed by Fox News? Can he be?

ABC News broke the story Tuesday morning and multiple news organizations, including CNN and Fox News, followed not long after, reporting Gingrich was set to announce he is forming a presidential exploratory committee later in the week – the first step in what is most likely a bid for the White House.

While reporting the news, Fox also identified Gingrich as a contributor to their network, begging the question, how much longer will that be the case?

At about 12:30 p.m. ET, CNN reached out to Fox News for clarification on whether Gingrich's upcoming announcement will affect his status within the network. After all, Gingrich's contract with the network is believed to be quite lucrative, and there is potentially a lot of money at stake for the former House Speaker.

CNN is still awaiting a response from Fox News on the issue.

When it comes to the law however, a spokesman with the Federal Elections Commission tells CNN there is no express prohibition forbidding a presidential candidate from being simultaneously employed by a television or radio outlet.

But, says FEC spokesman Christian Hilland, "There are some issues that a candidate should be mindful of so that air time isn't considered a prohibited contribution to her or his own campaign."

Specifically, there might be legal issues if Fox allows Gingrich to promote his own campaign or attack other opponents. That would essentially mean Fox would be giving him free airtime, which would require equal time for other candidates. On the other hand, Fox and Gingrich are likely in the clear, according to FEC regulations, if Gingrich restricts on-air comments to subjects other than the presidential campaign.

However, the FEC often makes case-by-case determinations on what is permitted in situations like this, meaning they will likely not weigh in on the issue until a formal complaint is filed.

Still, it is clear none of this is expressly impermissible until Gingrich becomes an express candidate for office. That won't occur until he raises at least $5,000 or refers to himself as a presidential candidate, according to the FEC.

The law aside, should Fox, which bills itself as a non-partisan media organization, still employ candidates who are running for president?

Kelly McBride, a senior faculty member of the Poynter Institute – a nonpartisan media watchdog organization – says the network does face some risk continuing to employ Gingrich.

"By traditional standards, when someone is clearly a candidate for public office, they step off the air. Fox has a different strategy and it is not clear how they are going to address them yet."

CNN faced similar circumstances in the 1990s with Crossfire co-host Pat Buchanan when he ran for the Republican Presidential nomination. CNN ended Buchanan's duties on the show once it was clear that he was seriously considering a presidential bid.

Buchanan, who now works as an analyst on MSNBC, offered his view Tuesday.

"If I announce an exploratory committee for President, I should and would take a leave of absence from the network," Buchanan said.