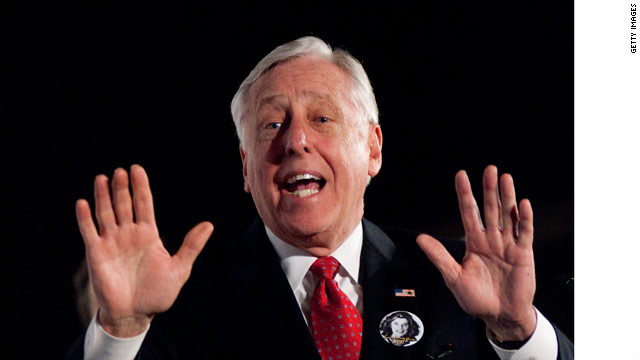 Hoyer, who has not spoken publicly about the standoff between Wisconsin Republican Gov. Scott Walker and Democratic legislators, defended the legislators who oppose a bill that would limit union worker bargaining rights.

He acknowledged that labor groups need to give some concessions in tough economic times. "A case can be made that we have to reign in benefits and require more contributions," Hoyer said. But he criticized the Republican governor's action, saying, "To respond by using that as an excuse for taking away from workers the right to collectively bargain is to retreat on a century of policy here, and the commitment that this country has made to workers being able to better themselves."