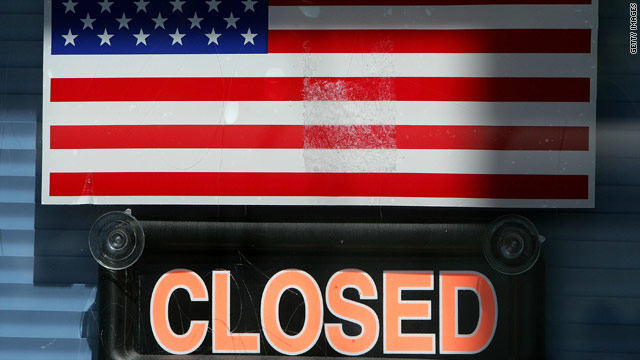 Washington (CNN) - A new poll suggests that Americans are divided over whom to blame if there's a government shutdown.

Thirty-six percent of the public says congressional Republicans would be at fault if the two political parties can't reach a deal in time to avoid a temporary shutdown of federal government services, with 35 percent saying they'd blame President Obama's administration, according to a Washington Post-Pew Research Center survey released Tuesday. Seventeen percent questioned say both sides would be equally at blame.

The poll indicates that independent votes would blame the president by a 37-32 percent margin.

The results of the survey are in line with a USA Today/Gallup survey released last Thursday, which indicated that the public is divided over whether Obama and Democrats or Republicans in Congress are doing a better job in the battle over the federal budget. Forty-two percent of people questioned in that poll said that Republicans are doing a better job handling the budget crisis, with 39 percent giving the nod to the president and Democrats. Sixteen percent are unsure. The GOP's 3-point advantage was within the survey's sampling error.

By a 37-33 percent margin, independent voters questioned in the USA Today/Gallup poll said that Republicans are doing a better job.

The House and Senate are expected to approve a short-term bill this week that would avert a government shutdown until at least March 18, but the compromise could be only a temporary reprieve in the battle between Democrats and Republicans over spending cuts.

The Washington Post-Pew Research Center poll was conducted February 24-27, with 1,009 adult Americans questioned by telephone. The survey's overall sampling error is plus or minus 3.5 percentage points.