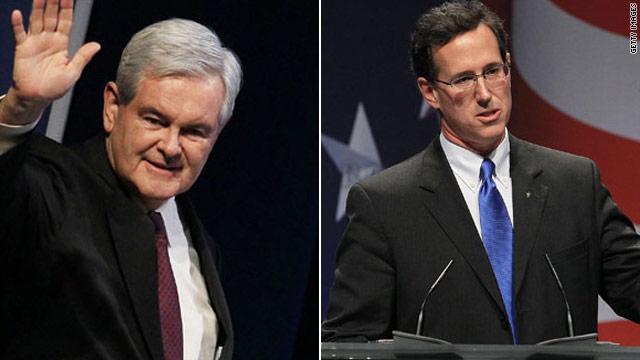 (CNN) - Fox News has suspended the contributor contracts of both former House Speaker Newt Gingrich and former Pennsylvania Senator Rick Santorum and will terminate the contracts on May 1 if both possible GOP presidential hopefuls choose to run for president.

Bret Baier, the anchor of Fox News' Special Report, announced on-air Wednesday that the suspension was effective immediately and for 60 days "unless they notify Fox that they are not running for president."

According to Baier, "This had been contemplated from the start, from the very beginning…This is Fox News policy, this is the announcement made today."

Santorum released a statement expressing appreciation for his time spent at Fox News but was not specific on the timing of the will-he-or-won't-he decision that triggered his suspension.

"I intend to use the months ahead to continue my evaluation of a potential presidential run, and I will make an announcement on my final decision sometime in the coming months," he said.

And a strategist close to the former senator tells CNN: "The news in no way affects the timetable of if and when he announces a race for the White House." In the past Santorum has indicated that he is in no hurry to make a decision and that any decision may not be made until summertime.

Gingrich's staff has not responded to a request for comment.

Whether contracts for other Fox News contributors who are mulling over a bid for the GOP presidential nomination will also be suspended remains to be seen. "This is Fox policy, this is the announcement made today. It does not preclude other announcements that may be made in the future," said Baier.

In an exclusive interview given to the "Los Angeles Times" Dianne Brandi, Fox News executive vice president of legal and business affairs, said the channel will make a decision on contracts with former Alaska Gov. Sarah Palin and former Arkansas Gov. Mike Huckabee, who hosts his own show, "as soon as each of them shows some serious intention to form an exploratory committee." Indicating that the news organization would "take the same action," she continued "Huckabee is on a book tour, so I think his present intention is to sell books."

And of Palin? "She hasn't yet shown a serious intention to form an exploratory committee," Brandi told the paper.