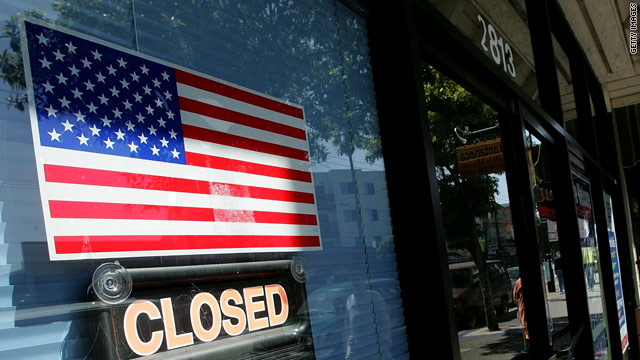 Washington (CNN) - Americans are divided over whether a government shutdown because of a standoff between Democrats and Republicans would be a good or bad thing for the country, according to a new national poll.

A Quinnipiac University survey released Wednesday morning also indicates that more of the public would blame Republicans in Congress rather than President Barack Obama for a federal government shutdown.

Forty-six percent of people questioned in the survey say shutting down the federal government except for those workers deemed essential would be a good thing because it would stop the government from going further into debt, with 44 percent saying it would be a bad thing because many federal services would be unavailable.

Forty-seven percent of people questioned in the poll say they would hold Republicans in Congress responsible for a government shutdown, with 38 percent saying they would blame the president and 15 percent not sure.

The results differ from a Washington Post-Pew Research Center survey released Tuesday, which indicates that Americans were split. Thirty-six percent of people questioned in that poll say congressional Republicans would be at fault if the two political parties can't reach a deal in time to avoid a temporary shutdown of federal government services, with 35 percent saying they'd blame the Obama administration, and 17 percent saying both sides would be equally at blame.

According to the Quinnipiac University survey, independent voters by a 48 to 34 percent margin would hold congressional Republicans responsible for a shutdown. That's different that than Washington Post-Pew poll, which indicates that independent votes would blame the president by a 37-32 percent margin.

The Senate plans to vote Wednesday on a bill that would extend funding for the federal government by two more weeks while cutting $4 billion from current spending levels. The House of Representatives passed the bill Tuesday on a 335-91 vote, with Republicans overwhelmingly backing it while Democrats were sharply divided.

Senators and aides from both parties said they expected it to pass Wednesday's vote and proceed to President Barack Obama for his signature. This will prevent a government shutdown after Friday, when the current spending resolution expires at midnight. March 18 would then become the next date for a possible government shutdown.

The Quinnipiac University poll was conducted February 21-28, with 1,887 registered voters questioned by telephone. The survey's overall sampling error is plus or minus 2.3 percentage points.

The Washington Post-Pew Research Center poll was conducted February 24-27, with 1,009 adult Americans questioned by telephone. The survey's overall sampling error is plus or minus 3.5 percentage points.