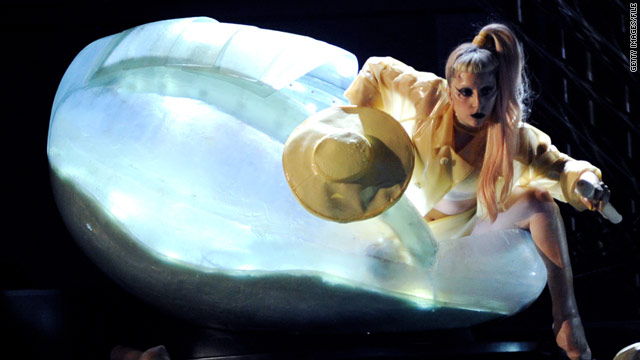 Washington (CNN) – "I want your love" won't be the only lyrics rock star Lady Gaga sings from her top ten repertoire but Florida Democrats will be singing right along as they use tickets to her concert as a lure for donors.

The Sunshine state's Democrats hope to raise funds for its "House Victory 2012" campaign by selling tickets to Gaga's April 16 concert in Tampa. That's according to the St. Petersburg Times.

The newspaper reports that Florida Democrats will also sell luxury box seating for other concerts: a Rod Stewart and Stevie Nicks event on March 23; and a Katy Perry concert on June 10. None of the rock stars are directly involved in the political effort.

A spokesman for the Florida Democratic party would not confirm details of the events, but he did tell CNN that it's not unusual for his political organization to woo donors with tickets to concerts and sporting events.

"This is one of many standard fundraisers we do at sporting events and concerts," Eric Jotkoff, communications director for the Florida Democratic Party, told CNN.

"The party has purchased tickets for certain events and used that as a fundraising opportunity."

Jotkoff explained that funds raised will benefit the Florida Democratic Party. One function of the state party is helping to financially support Florida Democrats, including those elected on a federal level.