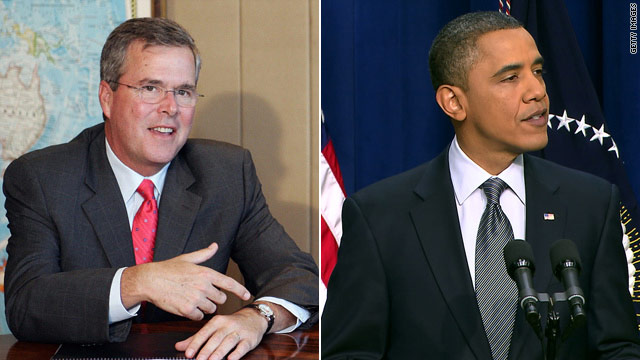 Obama and Jeb Bush- a bipartisan push for education

Miami (CNN) - The old adage that politics makes strange bedfellows will be alive and well Friday when President Obama and Former Florida Governor Jeb Bush make a joint appearance in the sunshine state. The two are joining forces to discuss education as the president begins a month-long public push for the country to "out-educate" the world.

Both men will appear at Central High School in Miami to tout the school’s turnaround in performance. For Bush it’s an opportunity to highlight an issue he championed in office, and continues to do so in private life. For Obama, he gets a picture of bi-partisan support for an issue he has repeatedly stressed is in desperate need of reform if the country wants to lead the 21st century.