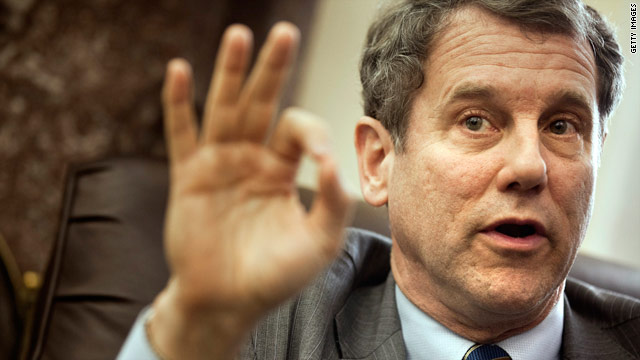 Washington (CNN)-Democratic Sen. Sherrod Brown of Ohio invoked Adolf Hitler and Joseph Stalin while sounding off on union battles with state lawmakers in his state and in Wisconsin.

Attributing problems in the state to people who are "hungry" and "want fairness and a chance to make a living," the first-term senator who's up for re-election next year expressed his frustration but backed away from making a direct comparison to the dictators saying "I'm not comparing what's happened to the workers in Madison or in Columbus to Hitler or Stalin but I am saying that history teaches us that unions are a very positive force in society that create a middle class that protects our freedom. So don't tell me you support unions internationally but you don't' support unions here."

State workers and supporters have traveled to the state capitol in both Madison, Wisconsin and Columbus, Ohio to protest the controversial measures which were proposed as cost-cutting methods to battle budget deficits in both states.