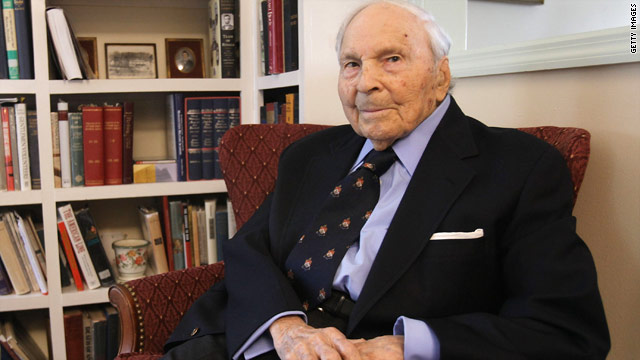 Washington (CNN) - The last American veteran of World War I to die should lie in honor in the U.S. Capitol, his daughter said after lawmakers appeared to block the suggestion.

"While Papa was still living, it was suggested that he lie in honor in the Rotunda of the U.S. Capitol as a final, formal tribute to all the veterans of World War I. Papa consented to this because he understood that, as the last living World War I veteran, he was expected to represent all of the World War I veterans," Frank Buckles' daughter Susannah Buckles Flanagan said in a statement.