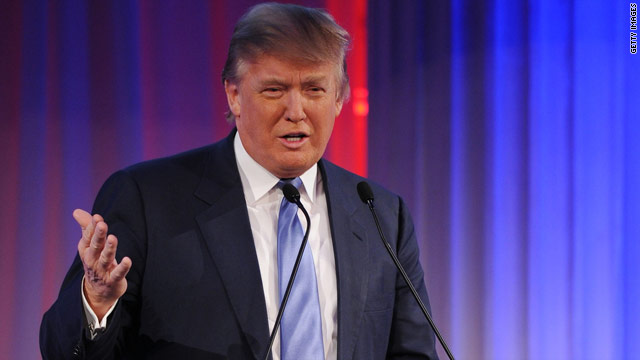 Washington (CNN) – While Donald Trump may be focusing on his television show, a senior adviser - who has been pushing a possible presidential bid for the real estate tycoon - will make a visit to Iowa on Monday.

Michael Cohen, executive vice president at the Trump Organization and a special counsel to Trump, will go to Des Moines on Monday to meet with Republican party officials, organizers and potential sources of campaign money.

Cohen helped create the website ShouldTrumpRun.com, which is not connected to Trump and was set up independently. His visit comes on a day six other likely Republican candidates will be in the state, home to the nation's first caucuses February 6.

"I'll be meeting with significant people in Iowa, including large donors," he told CNN. "I'm gauging the reception Mr. Trump would have … In June, when he hopefully decides to run, I'll be able to turn the information over to him."

Cohen said he is meeting with about a dozen "leading GOP representatives" during the trip. And though Trump is aware of the trip, he did not ask his adviser to go.

Trump, who won't make a decision on whether to run for the presidency until the last episode of "Celebrity Apprentice" airs, told the Des Moines Register that he may make a visit to Iowa before making the final call. "I will meet many, many people, maybe all of the people. If I decide to run, I will be shaking hands with everybody," he said.

One person who's not a fan of Trump is Sen. Lamar Alexander, R- Tennessee. He told Candy Crowley on CNN's "State of the Union" that Trump's favorable ratings in a recent poll "says more about the media than Donald Trump."

Alexander said, "There's always someone like Donald Trump who runs who has absolutely no chance of winning and who is well known. I mean, he's famous for being famous. He may be good in business but he's not going to be president."

CNN's Steve Brusk and Natalie Apsell contributed to this story.