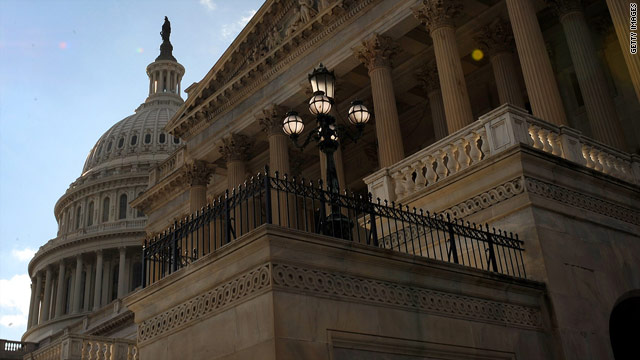 American Sauce: Why does the deficit matter?

Capitol Hill (CNN) – In the past two years, the deficit has risen to become the near center of the political universe. It lies underneath every congressional debate and has soared up public opinion polls. (In a December CNN poll, 93 percent of those surveyed said the deficit is a concern, 68 percent saying it worries them "a lot".)

But why, exactly, does the deficit matter? We lay it out in this week's American Sauce podcast.
And this Mardi Gras week, we take listeners to an old mansion in New Orleans, to hear how the city's recovery is unfolding for residents of Big Easy.

Why the deficit matters right now:

This year the deficit is on track to hit $1.48 trillion, or 9.8 percent of Gross Domestic Product, according to the Congressional Budget Office. Only during World War Two has the U.S. had higher levels of red ink than in the past three years – FY2009 had a deficit of 9.9 percent of GDP, FY2010 was 8.9 percent (source, again: CBO).
(The all-time high was 1943, when the deficit hit 30.3 percent of GDP, but by 1947 it had fallen to 1.7 percent. Source on that: Office of Management and Budget.)

2. There's no plan in place to fix it

Unlike in World War Two, under current policies there is no expected means of lowering the national debt any time in the future.
The vaguely good news: the CBO predicts the deficit will drop to $1.1 trillion/7 percent of GDP next year, then to roughly 3 percent of GDP in the following years.
The bad news (and the problem): years of deficits have added up to a massive pile of debt, about $14.2 trillion. (Click here for the exact total today.)

3. The interest costs are unbelievable

Last year (FY 2010), the United States paid $413 billion dollars total in interest payments on the national debt (Source: Bureau of Public Debt). That's a $1.1 billion a day that the government spent, with nothing but a continued I.O.U to show for it.
And this is set to double fast. By 2020, the U.S. is on track to throw $1 trillion dollars out the door a year in interest payments. (Source: National Commission on Fiscal Responsibility and Reform.)

4. The effect on interest rates and jobs

A national debt this high (caused by continued deficits) could push interest rates up in general, by sucking money out of private investment. That could mean fewer jobs, a squeeze on innovation and tougher times for small business in particular.

The bipartisan debt commission pointed to one figure: the debt is on track to slash 15 percent out of the economy (GDP per capita) by the year 2035. (Source: National Commission on Fiscal Responsibility and Reform.)

5. Your reward/punishment for reading this far

– It would take nearly $4,800 from every man, woman and child in the United States to balance the budget this year (and erase the projected $1.48 trillion deficit).

– Every person in America would need to pay over $45,000 to erase the national debt.

– But keep in mind, the U.S. has always had a national debt, except for a few months under President Andrew Jackson when it was briefly paid down.

– Back to the problem today. One more piece of perspective. The interest paid on the debt last year ($413 billion) would nearly cover all of the outlays from Medicare in FY 2010. (Source: Dept. of Health and Human Service.)
– Want to hear more? Listen to this week's American Sauce podcast here.