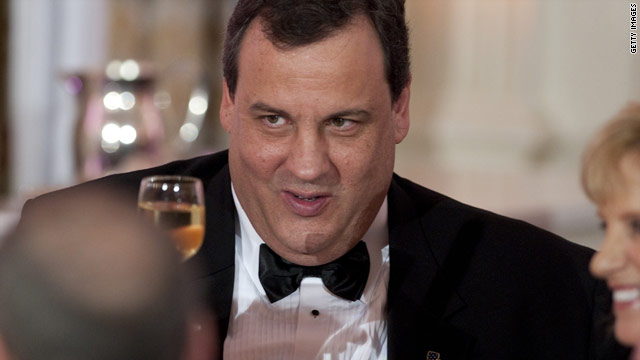 First lady Michelle Obama received 60 degrees on the "feeling thermometer," followed by 59.2 degrees for former President Bill Clinton and 57 degrees for Christie in a new Quinnipiac University poll that asked voters to rate their feelings about politicians and national figures from 0 to 100 degrees.

However, 55 percent of those surveyed did not know enough about Christie to form an opinion, which is significantly higher than the four percent for Michelle Obama and two percent for Clinton.

Among potential 2012 presidential candidates, former Massachusetts Gov. Mitt Romney received the "hottest" degree rating with 50.4 degrees ahead of former Minnesota Gov. Tim Pawlenty and U.S. ambassador to China Jon Huntsman. Twenty-three percent did not know enough about Romney to form an opinion, a lower rating than the 67 percent for Pawlenty and 84 percent for Huntsman.

The survey of 1,887 registered voters between February 21th and 28th had a sampling error of plus or minus 2.3 percentage points.