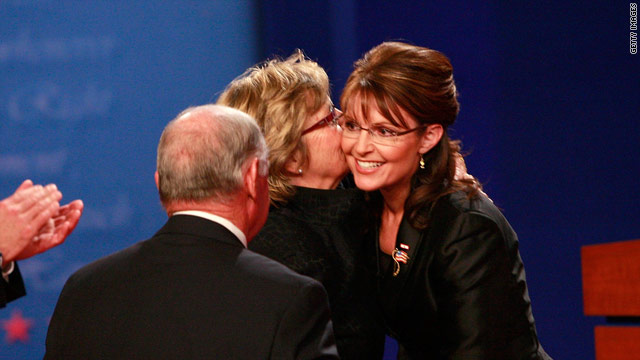 "We sleep with the guns," Chuck Heath said in an interview with the BBC set to air Monday.

Palin's mother, Sally, added she has worried since her daughter, the former Alaska governor, was picked as Sen. John McCain's running mate in the 2008 presidential election, thrusting the family into the national spotlight.

"As a mother I do have concerns about her safety and that of the kids," Sally said. "She knows how I feel, that it's risky."

But Sarah Palin said her family "is pretty thick skinned."

"For the last 20 years in political office our family has put up with a lot of flak," Palin said. "We're still standing and we're doing well, so we're not worried too much about the pressure."

When asked about claims she is not intellectually ready for the White House, Palin pointed to the rumors that surround her, calling them "lies."

"Rumors like I didn't know Africa was a continent, that's still out there, that's a lie," Palin said. "Things like I censored books when I was a mayor up here in Alaska, that's a lie. It's not all you guys, but some of you are saying that Trig [her fifth child] is not mine – that's a sign of a screwed-up media."