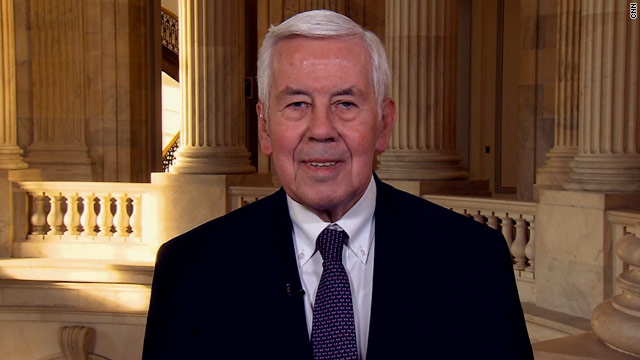 In an interview with CNN's Chief National Correspondent John King, on "John King, USA," Lugar said of the race, "Oh I'm in til the end."

Click to watch video
"I'm enthusiastic about a great campaign that our supporters they're waging, much more prematurely than perhaps we would have anticipated, but with fundraisers every week, with boots on the ground literally in Indiana who are out working the precincts," Lugar said.

Lugar, the most senior Republican member of the Senate, is seeking a seventh term in office. He has been criticized, particularly by Tea Party activists, for his willingness to work across party lines and for voting in favor of the Troubled Asset Relief Program (TARP) in 2008.  Lugar is also among several senators up for re-election in 2012 who are being targeted by the Tea Party Express.

There will be at least one challenger to Lugar in the May 8, 2012 GOP primary–last month, Indiana State Treasurer Richard Mourdock announced his bid for the seat currently occupied by Lugar.