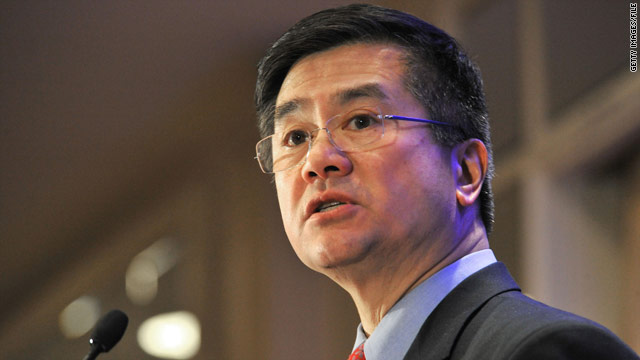 Locke is a former two-term governor of Washington and the first Chinese-American to be commerce secretary, according to the Commerce Department website.

He also was a partner in the international law firm of Davis Wright Tremaine LLP, where he co-chaired the firm's China practice, the website said.

Huntsman, a former Republican governor of Utah, is believed to be considering a presidential run in 2012.