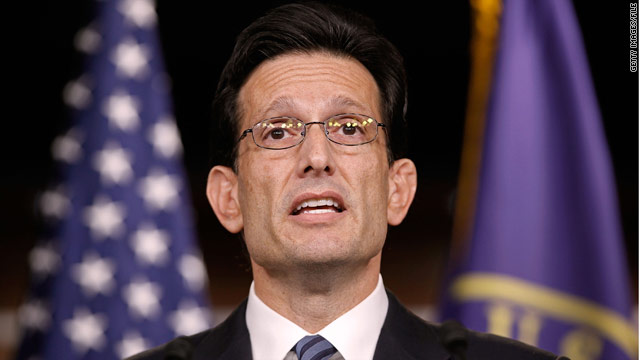 Washington (CNN) - House Majority Leader Eric Cantor Tuesday defended Homeland Security Committee Chairman Peter King for holding a series of hearings on the "radicalization" of the American Muslim community and that community's response to it.

The number two House GOP leader pointed to the 2009 attack at Fort Hood by a Muslim American soldier on fellow U.S. soldiers, and maintained that King's committee's job is to deal with potential threats to U.S. security.

"We have got demonstrable occurrences in this country that show we've got a risk of the spread of radical Islam," Cantor said. "That's not within the security interests of the United States and its citizens –something we really want to work with folks to see if we can stop."

Asked about the attention on the hearing, Cantor downplayed it, saying, "I think it's one hearing out of many that he's having," and said the news media has "become fascinated with this hearing."

But Cantor added, "I would say to you it's pretty obvious where some of the problems have been in terms of terrorist activity. There's no question that it has been encouraged by the radicalization of folks coming out of Central Asia and the Middle East and have used this as a reason to perpetrate terrorist acts. Again, that's a fairly well accepted notion at this point and that's where Chairman King has gone."

Pressed about the backlash from the Muslim American community to King's hearings, Cantor said, "People are free to react the way they want." But then the GOP leader restated his concern about the issue, saying, "I believe that we in this country are threatened by the spread of radical Islam both abroad and at home."