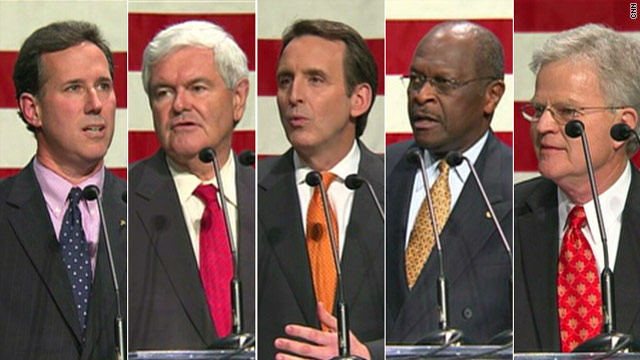 Waukee, Iowa (CNN) - There was no "truce" in Iowa on Monday night.

While the national political debate continues to swirl around the state of the economic recovery, five Republicans with their eyes on the White House spent the evening in a Des Moines suburb pitching themselves to the evangelical Christians who dominate the Hawkeye State's crucial first-in-the-nation caucuses.

The potential candidates made their appeals at a forum sponsored by the Iowa Faith and Freedom Coalition, the first major Iowa gathering of the 2012 election cycle. The organization seeks to promote "high moral values" and "Christian principles" in public life.