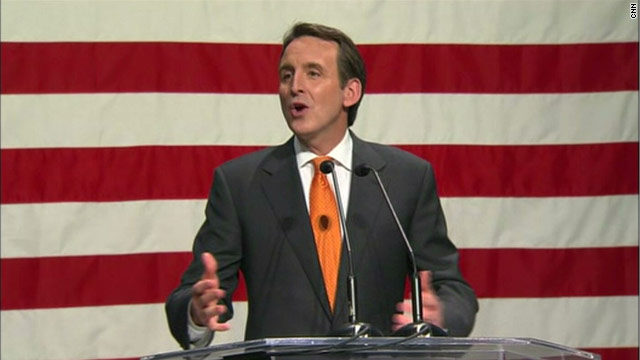 "We got a situation, we got a confirmed terrorist, sociopathic killer Moammar Gadhafi, mowing down his own people who are trying to bring forward their view of liberty and freedom," Pawlenty told reporters following remarks to the Iowa State University College Republicans in Ames.

The former Minnesota governor said a no-fly zone over the volatile country would be a "good thing for the United States to do," as some leading senators have suggested.

Pawlenty, who appeared Monday night alongside four other potential 2012 GOP presidential candidates at a forum sponsored by the Iowa Faith and Freedom Coalition, said he would make a decision about formally entering the presidential race in a "few weeks or less."