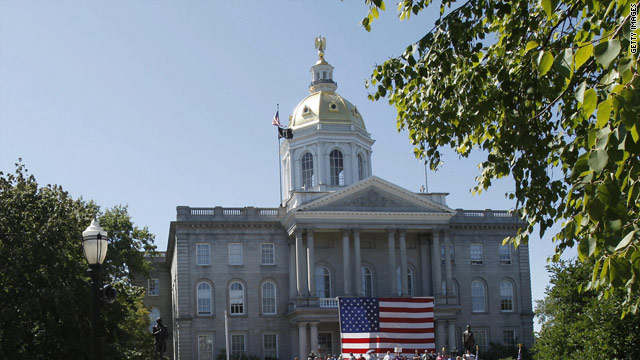 (CNN) - A New Hampshire House committee voted unanimously, 18-0, on Wednesday to recommend killing an amendment that would require presidential candidates to present birth certificates when filing their candidacy for the first-in-the-nation primary.

The bill is expected to go to a full House floor vote next week.

The chairman of the state's House Election Law Committee told the New Hampshire Union Leader that if passed, the law would not take effect until January 2013, after the Granite State primary and the presidential general election. The bill, which will be considered in committee Wednesday, was originally scheduled to take effect 60 days after passage.

"We recognize the potential problems," Republican state Rep. David Bates told the Leader Tuesday. "It created the appearance that it was all centered on a putting barriers in the way of President Obama."

Bates said the date change "is to diffuse any perception that this was directed at President Obama and is purely a policy decision designed to ensure that candidates for president are qualified according to the requirements of the Constitution."

The so-called "birther" controversy, stemming from questions over President Obama's birthplace, has ignited debates across the country. Lawmakers in at least 10 states have introduced bills requiring presidential candidates to provide proof they are natural-born citizens.

President Obama was in fact born in Hawaii, and on Monday the Supreme Court again rejected an appeal from a "birther" proponent questioning the citizenship of the president.

However, according to a CNN/Opinion Research Corporation poll conducted last year, 27 percent of those surveyed said Obama was definitely or probably not born in the United States, compared with 71 percent who said he was definitely or probably born in the country. More Republicans with 41 percent said Obama was not a natural-born citizen, compared with 15 percent of Democrats and 29 percent of independents surveyed.

The poll had a sampling error of plus or minus 3 percentage points.