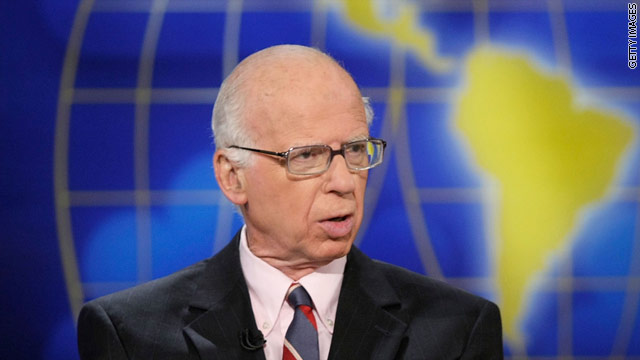 (CNN) - David S. Broder, a Pulitzer Prize-winning columnist for The Washington Post, died Wednesday in Arlington of complications from diabetes, the Post announced on their website.

Broder, 81, joined the Post in 1966 as a political reporter, a position he held until his death, writing a twice-weekly column in the paper. Nicknamed the dean of the Washington press corps, Broder covered every presidential convention since 1956.

Before his over four-decade long career at the Post, the Illinois native worked as a political reporter for Congressional Quarterly, The Washington Star and The New York Times.

The author of over a half dozen books, he won Pulitzers for coverage of the Watergate scandal that led to the resignation of former President Richard Nixon.

CNN Chief National Correspondent John King first met Broder in Iowa in 1987 while covering Democratic presidential candidate Michael Dukakis. King called him one of the "Gods of the business" who always took time to "give a kid advice."

"He just filled his notebooks," King said. "It wasn't about what he believed, it was about what people told him, the way the business is supposed to be."

"He was the kind of journalist we all aspire to be-fair, dogged, knowledgeable and gracious. When I was the new kid on the block-and the campaign trail-David was never too busy to help me out," CNN Senior Political Analyst Gloria Borger said. "He had the greatest trait a reporter can have. He listened."