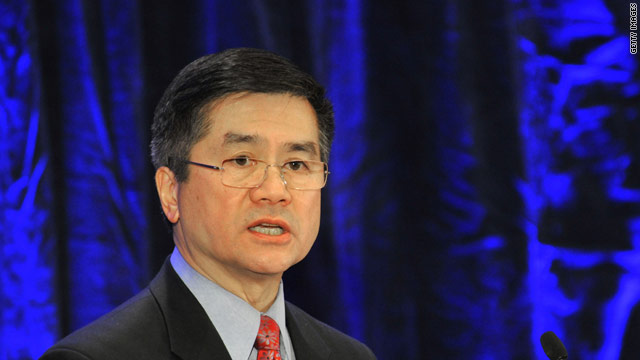 Washington (CNN) - President Barack Obama said Wednesday he will nominate Commerce Secretary Gary Locke as the next U.S. ambassador to China to succeed Jon Huntsman, who will step down April 30.

"We could not have better representation of the United States of America in this critical relationship than the Locke family," Obama said in a brief White House announcement with Locke at his side.