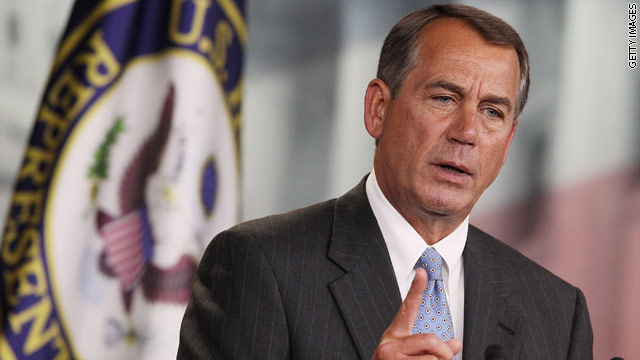 "The Obama administration has consistently blocked American energy production that would lower costs and create jobs in our country," Boehner said at a press conference announcing a House GOP initiative to push for more domestic energy production.

"They've canceled new leases for exploration, jeopardized our nuclear energy industry, and imposed a de facto moratorium on future drilling in our country. They've even pushed a cap-and-trade energy tax that the president himself admitted would cause the price of energy to skyrocket," Boehner said.

Republicans have repeatedly criticized the administration and congressional Democrats for what they perceive to be a lackluster response to the rapidly rising cost of oil.

But White House Chief of Staff William Daley defended the administration's efforts, telling NBC's "Meet the Press" on Sunday that President Barack Obama is "extremely concerned" about the price hikes, and that all options - including tapping into the Strategic Petroleum Reserve - are being discussed.

A White House official told CNN late Thursday that Obama will hold a news conference at 11:15 am on Friday to discuss rising gas prices and other issues.