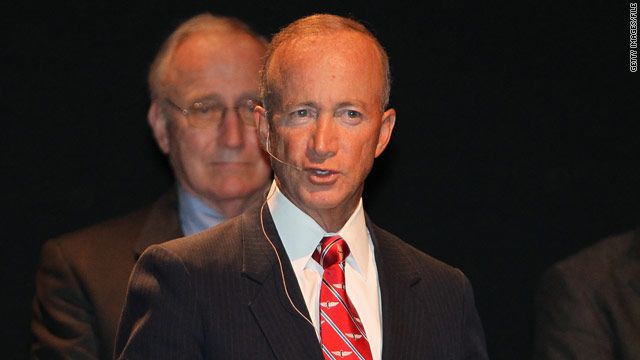 In an interview with "Uncommon Knowledge," a webcast in conjunction with the Hoover Institute at Stanford University, the Indiana governor said avoiding moral issues during the primaries would prevent the party from alienating voters: "all I was really saying was I don't want to lose one person."

Daniels has repeatedly voiced opposition to using social issues for political gain in the next election. Most recently he told radio host Laura Ingraham he wanted to "mute" topics like abortion and gay marriage for awhile while the country confronts the economic crisis.

But Daniels' comments were met with criticism from other potential presidential contenders and social conservatives. At Monday's Faith and Freedom Coalition forum in Iowa former Pennsylvania senator and all-but-declared candidate for president Rick Santorum told the audience "you can't" call a truce on moral issues.

In Thursday's video Daniels said the country needs to make the kind of changes that will "restore America's greatness."