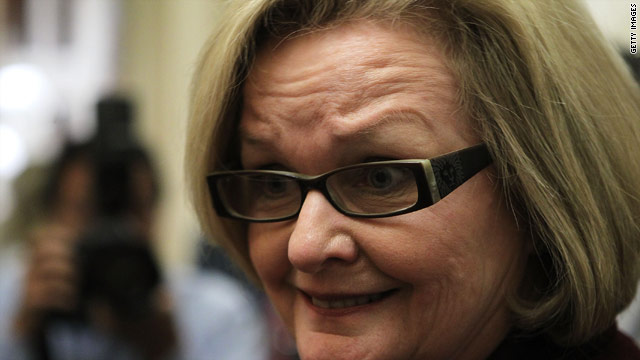 (CNN) - Democratic Missouri Sen. Claire McCaskill will write a hefty check to the U.S. Treasury Department soon, as payback for using taxpayer money to fly her family's plane around the state.

McCaskill's office confirms that she will repay $88,000 including $76,000 to charter the plane owned by a holding company registered to her husband and $12,000 in pilot fees.

Following a report that first appeared in Politico, McCaskill, who has advocated increased scrutiny for congressional travel, indicated that she will return the money because she doesn't want to give the wrong impression.

In February she introduced a Senate bill that would provide greater transparency to government-paid foreign travel reform by establishing new restrictions including the requirement of pre-and post-foreign travel reports. Though documentation on domestic travel for congressional members is made public, foreign travel is not.

The funds for McCaskill's air travel came from an office account that senators may use on charter flights and other expenses. Her office says that the flights followed Senate rules and were less expensive than other travel options. Congressional members from larger states often use charter planes to travel statewide and reach towns or regions not accessible by commercial flights.

Maria Speiser, press secretary for the first-term senator, said "Sen. McCaskill is interested in three things when it comes to using a charter plane to travel in Missouri: doing it as cheaply as possible, following the letter of the law, and doing it as rarely as possible."

"She understands that the optics of the bigger picture may not seem as cut and dry, so she's more than happy to address that concern as well," she continued.

Speiser also said that the cost of McCaskill's air travel has averaged "a fraction of the cost of chartered air travel in Missouri" when compared to former Sen. Jim Talent or Kit Bond.

The executive director for the Missouri state GOP said "Time after time, Missourians have watched as Claire McCaskill says one thing and does the opposite. She condemned extravagant taxpayer-funded travel by members of Congress-then she billed taxpayers for her own travel on her husband's private plane."