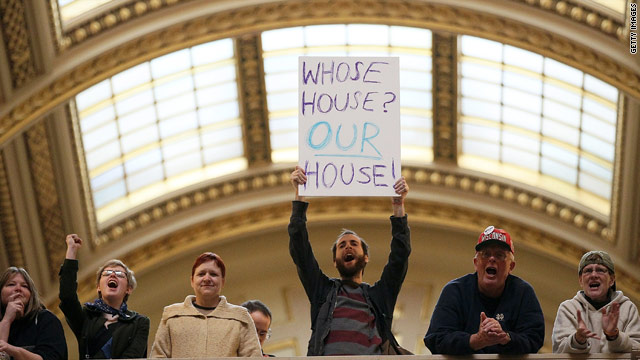 (CNN) - Wisconsin's Republican-controlled state Assembly has passed an amended version of a controversial bill that curbs the collective bargaining rights of most of its state workers.

State Senate Republicans approved the amended bill Wednesday night, despite the absence of 14 Democratic senators who fled the state to prevent a necessary quorum of 20 votes. The amended version stripped the spending components out of the proposal, enabling lawmakers to pass the measure with fewer votes.

Republican Gov. Scott Walker is expected to sign the bill into law soon.